The germicidal effect is in the UV-C spectrum, that deactivates the DNA. 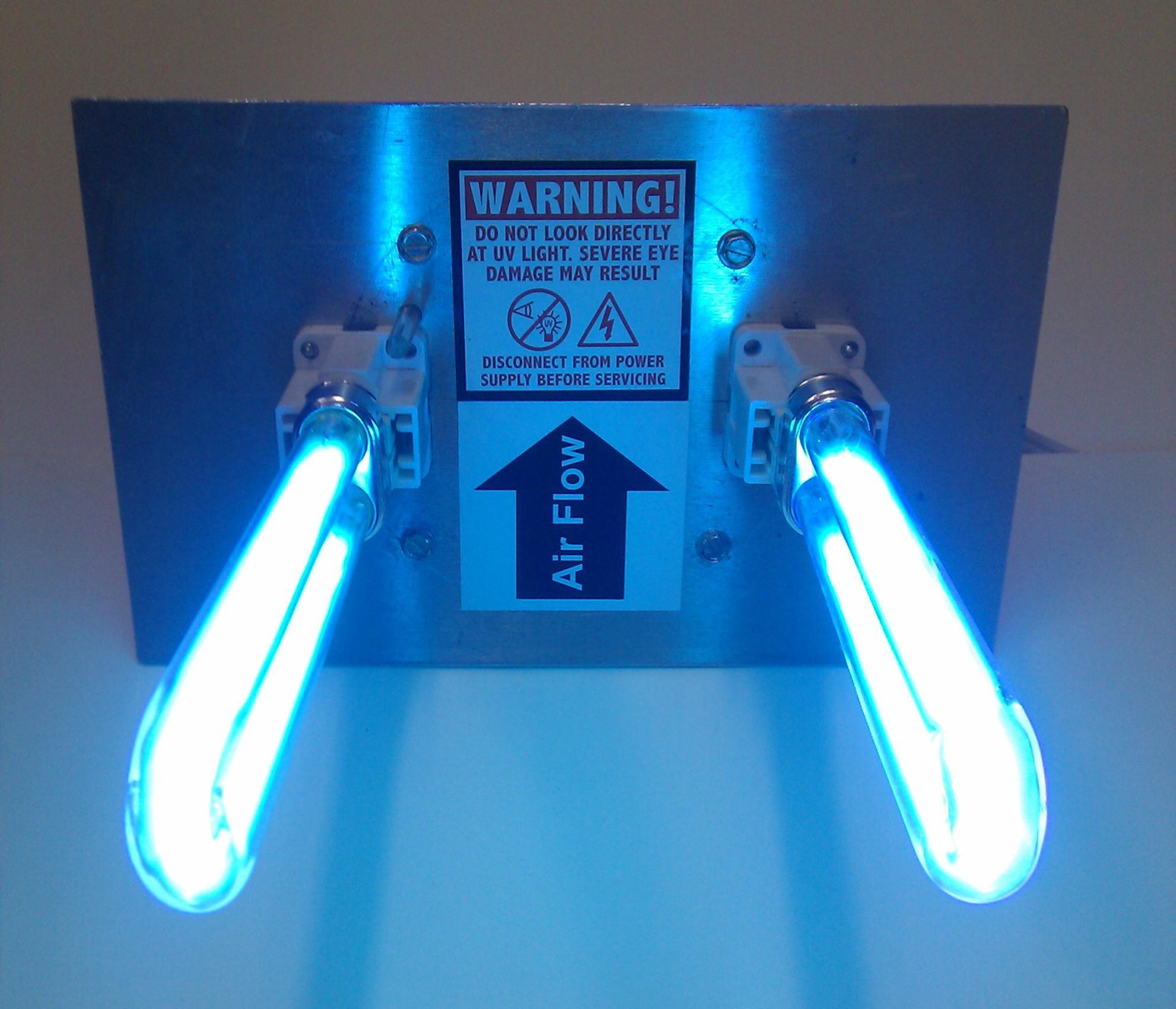 The germicidal effect is in the UV-C spectrum, that deactivates the DNA. Bacteria, viruses and other pathogens are destroyed and their ability to multiply and cause disease. Specifically, UV-C light causes damage to the nucleic acid of microorganisms by forming covalent bonds between certain adjacent bases in the DNA. The formation of such bonds prevent the DNA from being unzipped for replication, and the organism is unable to reproduce. In fact, when the organism tries to replicate, it dies. Okay, can we translate to English? It kills the bad guys, when installed in your air conditioning unit, more specific, in your coil, it kill the bad guys flying around your home. Understood?

For years, scientists have known that one of the most effective air purifiers is natural sunlight. Not the light we see when we look out the window, but the invisible “C” band, ultraviolet rays that make up part of the sun’s light spectrum. The sun’s UV-C rays act as a natural outdoor air purification system, inhibiting the growth and reproduction of dust mites, bacteria, viruses, fungi & molds. However, this natural process does not occur indoors.

So what is UV-C Light?

UV-C light is germicidal, it deactivates the DNA of dust mites, bacteria, viruses and other pathogens and thus destroys their ability to multiply and cause disease. Specifically, UV-C light causes damage to the nucleic acid of microorganisms by forming covalent bonds between certain adjacent bases in the DNA. The formation of such bonds prevent the DNA from being unzipped for replication, and the organism is unable to reproduce. In fact, when the organism tries to replicate, it dies.

UV-C light replicates the natural outdoor purification system of the sun by destroying the allergy and disease-causing microbes living and multiplying on and below the surface of the mattress. Used in combination with a powerful, HEPA filtered extraction device, it is the most effective way to eliminate dust mites,  bacteria and the health risks they represent.
We fill our lungs up to 20,000 times each day. Over time, these contaminants can cause allergies, inflammation of the mucous membrane, upper respiratory problems, asthmatic conditions, headaches and flu-like symptoms.

“According to the Environmental Protection Agency, the air in homes is up to 100
times more polluted than outdoor air. The National Academy of Sciences Institute
of Medicine reports that exposure to indoor pollutants is a key contributor to the asthma problems of this nation. Most allergy and asthma sources are passed
from person to person through the air. The air in a single room can contain
hundreds of thousands of infectious bacteria, viruses, fungal spores, and contaminants, which can only be seen with a microscope. Airborne contaminants can cause diseases such as influenza, hepatitis, tuberculosis, and pneumonia. Ultraviolet treatment helps reduce the occurrence of diseases such as measles and tuberculosis.”

Since the first UV irradiation system was used, the disinfection of medical equipment using UV has been a common and reliable practice. UV disinfection has been determined to be adequate for inactivating bacteria and viruses.
The germicidal effects of UV light cause photochemical damage to DNA and RNA within microorganisms.
“…ultraviolet radiation, properly integrated with heating, ventilating, and air conditioning systems, shows the most promise as a widely applicable means of air disinfection.”Richard Riley, M.D.

The energy required to kill microorganisms is a product of the UV light’s intensity and exposure time. This energy is measured in micro-watt seconds per square centimeter.
Intensity X Exposure Time = microWatt Seconds/cm2
The chart below illustrates the typical energy necessary to kill many common bacteria, viruses, yeasts & molds.

Warning: Never expose eyes or skin to UV-C light. UV lamps must only be operated inside your ductwork or air handler unit, where the light can be contained.

Since UV rays are primarily emitted perpendicular to the surface of the lamp, lamps should be located at right angles to the air flow, so that the rays are emitted parallel to the airflow. This will maximize the exposure time for airborne bacteria as they flow through the HVAC duct system. Placing a lamp on the duct wall parallel to the airflow decreases the area of transmission of the radiation to only the width of the duct. Placing a lamp in a tube restricts the UV radiation to only the air passing through the tube.

How does poor indoor air quality affect my health?

According to a 1995 report by the EPA, indoor air pollution is the number one environmental health issue in America. EPA studies show the level of indoor air pollution is often five times higher than outdoor air, and can be up to 100 times higher! Further, people now spend approximately 90% of their time indoors. According to a U.S. EPA advisory, “Long-term health effects from repeated exposure to polluted air include some respiratory diseases, heart disease and cancer.” The advisory is found on the EPA website at ww.epa.gov/iaq and adds, “It is prudent to improve indoor air quality in your home, even when symptoms are not yet noticeable.”

Christine Whitman, EPA Administrator says “Childhood asthma is an epidemic in this country and many parents feel helpless to protect their children from attacks. Indoor air quality has a great deal to do with children’s health, particularly when you’re talking about asthma.” Allergic reactions can range from mildly uncomfortable to life-threatening, as in a severe asthma attack. Some common signs and symptoms are watery eyes, runny nose and sneezing, nasal congestion Itching, coughing, wheezing and difficulty breathing, headache and fatigue. Some sources, such as building materials, furnishings, and household products like air fresheners, release pollutants more or less continuously. Poor indoor air quality can also reduce a person’s ability to perform specific mental tasks requiring concentration, calculation, or memory.

Also according to the EPA, “Every Home Has Dust Mites” (www.epa.gov/iaq/asthma/triggers/mites.html). Their waste products can become airborne and exposure to dust mite allergen can cause asthma in susceptible children. Dust mites “are found in mattresses, pillows, carpets, upholstered furniture, bedcovers, clothes, stuffed toys, and fabric and other fabric-covered items.” Dust mites feed on decaying human skin. The average person sheds 10 pounds of skin every year.

When sunlight passes through a prism, it separates into the colors we see in a rainbow. Each separate color has its own wavelength. Everyone and every living thing enjoys the benefits of sunlight. Without it, the earth would be a cold, lifeless planet. Ultraviolet light, although it is invisible to people, also separates into different wavelengths. There are certain, specific wavelengths that can be used indoors for a number of purposes.

There are four principal wavelengths in the ultraviolet spectrum that lend themselves to specific applications. Photochemical UV-A, Erythemal UV-B, Germicidal UV-C, and extreme shortwave UV Energy, which generates ozone.
UV-A is responsible for the familiar suntan. It is a normal component of sunlight, that, by virtue of its relatively longer wavelength, can penetrate the atmosphere. Applications have included inspection of fluorescent surfaces, tanning beds, and treatment of skin diseases.

UV-B is found in the middle wavelength region of the ultraviolet spectrum. Principle uses have been medically for the treatment of skin diseases, and for testing purposes in the aging/degradation cycles of products.

UV-C is shortwave ultraviolet radiation. Primary uses have been for the destruction of bacteria and other microorganisms in air, liquids, or on surfaces.
Shortwave UV Energy or Ozone can be generated by specially designed UV lamps. It is primarily used as an effective sterilant in applications requiring cleanliness with no residual contamination.

UV-C is the wavelength used in germicidal applications. It is well know that ultraviolet germicidal lamps can destroy any microorganism that comes in contact with its powerful UV-C rays. This method is recommended by the Centers for Disease Control for its germicidal effects.

Ultraviolet Germicidal Energy is produced by low level mercury lamps. The lamps are made of special glass which allows the passage of light rays emanating at 253.7 nanometers. This particular energy has the capability to kill all micro- organisms it comes in contact with.

The destruction of germs and bacteria by germicidal ultraviolet light is accomplished quickly and effectively. The UV-C rays strike the various microorganisms whether they are bacteria, virus, yeast, mold or algae, and they break through the outer membrane. The radiation reaches the heart of the organisms (commonly known as the DNA) where it causes abrupt modifications. The modified DNA transmits incorrect codes or messages, and this impairment actually brings about destruction of the microorganisms.

In health care institutions where occupants are constantly exposed to the pathogens that cause infectious diseases, special ultraviolet units are used to kill the microorganisms as rapidly as possible.

1. What is UVC? UV-C is a magnetic waveform, and like all waveforms emanating from the sun its properties are unique to its frequency. This “C” part of the UV family has germicidal affects, especially the 260-nanometer frequency. When mercury is vaporized in low-pressure plasma, the most prominent spectral line is 253.7 nm, which is very close to 260. Westinghouse light division was first to commercialize the low-pressure mercury vapor [light] in the early 1930’s.

2. How does it affect germs? In the simplest of terms, a microorganism’s DNA is the target of the 253.7 nm wavelength. It destroys DNA causing cell death or making replication (cell division) impossible. Beyond this, UVC can degrade simple organic material at the molecular level.

3. Does it work? Yes, thousands of references to this efficacy can be found in literature and in actual applications. The most recent in the literature are provided by Steril-Aire and are included in its newer catalogs. One is the cooperative Extended Abstract from NIOSH and the University of Cincinnati wherein UVC was tested against the heartiest of bacteria. Along with this is the Tulsa University study conducted at the Public Service Company of Oklahoma wherein a two-log (99%) reduction of surface and airborne mold was achieved using UVC Emitters. UVC is used worldwide, more in other countries per capita than in the US. This broader use is for the disinfection of water. 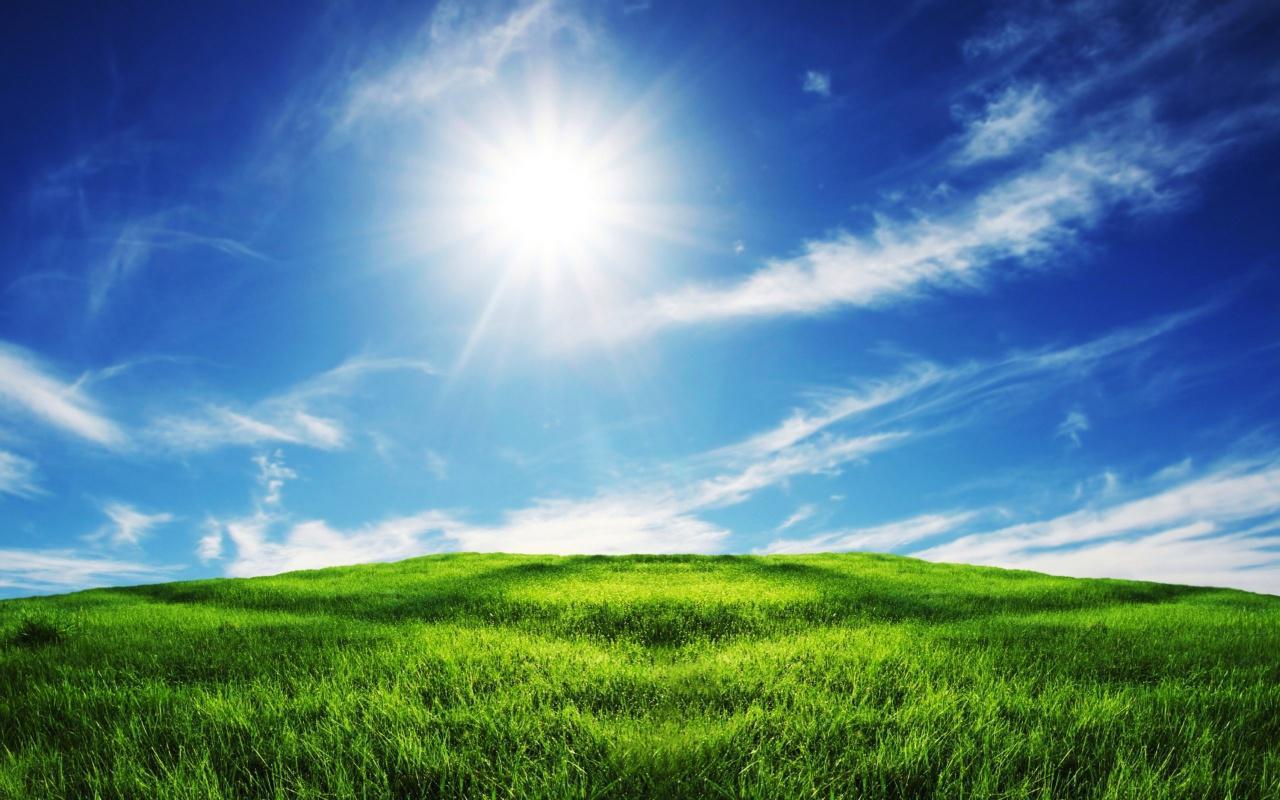