Learn more about the refrigerant that runs your ac system and which one you should have. 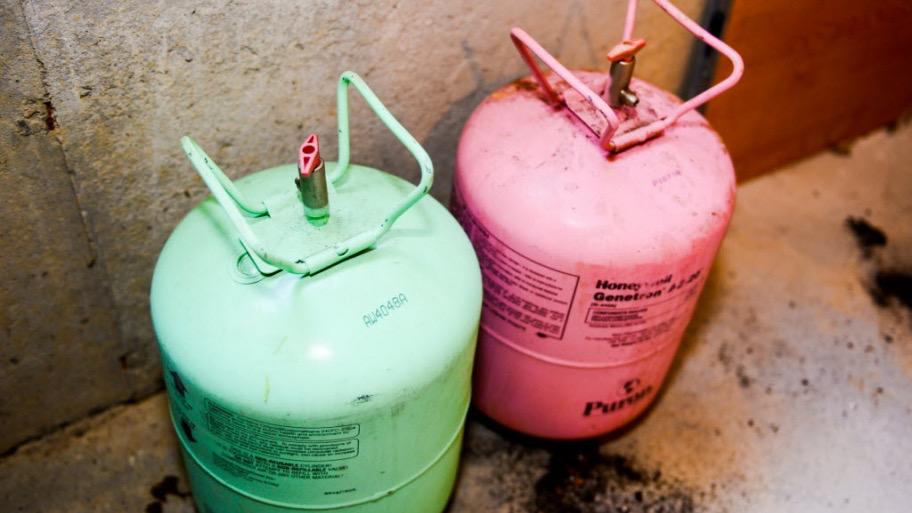 R22 and 410A are both a type of refrigerant used to cool your system down as air cycles through your air conditioning system and comes out cold. Thank you William Carrier for this great invention, my hero. Now back to the subject, the EPA mandated that after 2009 R-22 charged units could not longer be manufactured.  This decision was made to help prevent the release of Ozone, present in the R22 refrigerant, into our atmosphere.  Yes, Freon, common name for R22 refrigerant, leaks and some people while repairing or replacing units will even release it into the atmosphere. Sad, but true. With not enough personal to supervise and control Freon from being released to the atmosphere, EPA just mandated to stop production, phasing out little by little every year since then. That’s why prices to charge your unit with Freon (R22) have gone up tremendously. That’s when 410A refrigerant come to play, it is not the holy grail of home cooling but it is he best we have right now. It is less harmful than freon to the ozone, therefore a better solution than its predecessor.

If you have a R-22 system that has a leak, I’ll tell you right now that it is not worth repairing to the fact that to charge your unit with Freon is so costly that you might as well get a new unit with 410A refrigerant. I like money, but I just won’t do that to you.
R22 is being increasingly phased out and therefore with basic supply – demand principles the price will continue to escalate. The EPA has stated in the Montreal Protocol that US production of R-22 will be reduced by 99.5% from the baseline by 2020.  Basically, the only available R-22 refrigerant after 2020 will be that which is reused/reclaimed/recycled from other older systems.  This is important to realize because 2020 is not very far off.

Now if you have a R-22 system and need to replace one of the units, you might as well replace both with 410A. Your air conditioning should be considered a long term investment, therefore it should be a smart and cost effective decision.   Let’s not forget of the added efficiency benefit with newer equipment that will generate much lower utility bills. See, I’m also a financial advisor; I can help you save money. Hope my writing was clear enough and you were able to understand the difference. There also this chart that might help.